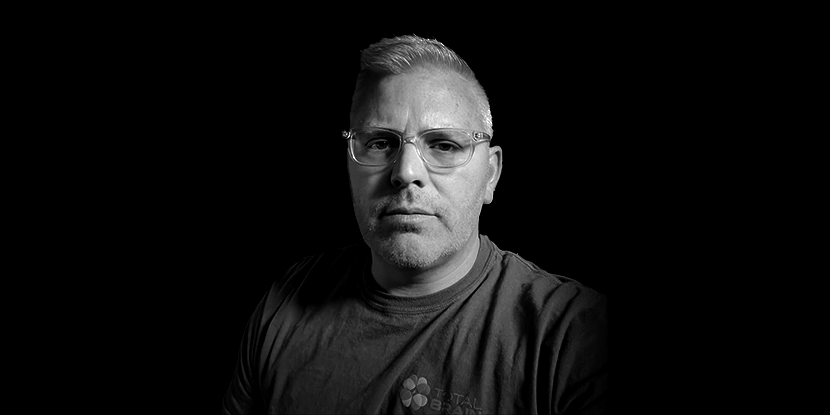 This is the face of anxiety.

I was born into a close-knit Italian American family. I grew up in a household with two loving parents, a younger brother and my maternal grandmother. At a very young age, I remember my grandmother, then in her early 70s, often sitting at the breakfast table saying she felt “nervous”. I remember asking her why she felt that way, and often suggesting she had nothing to be nervous or worried about. I also remember her agreeing with my assessment, but unable to explain why she felt the way she did.

As time passed, and she got older (she lived to be 98), her feelings of nervousness and worry became more frequent. At the time, I just presumed that, at her advanced age, she was probably worried about dying. But after she passed, my mother, then in her 70s, began to express the same feeling. It was then that I began to realize that feeling was anxiety. Not long after my mother, my father entered his 70s, and I began to see some of the same symptoms in him - jitteriness, inability to focus, constant catastrophizing. As it turns out, anxiety is an inherited trait on both sides of my family. Lucky me!

Looking back, sure, I had always been a bit nervous when the ball was passed to me during a grade school basketball game, and all eyes were on me. And I remember my heart beating a mile a minute and my mouth being dry as the desert when I stepped onstage to play my first gig as part of a short-lived college band. I had caught myself, too, telling my kids to "be careful" more frequently than anyone around me. But anxiety? Nah, that had never crossed my mind. And truthfully, while I was clearly more prone to anxiety than most throughout my life, it likely never rose to the level of being clinically diagnosable. It wasn’t until my early 40s that I likely crossed that threshold.

As with most mental health issues, it started with a life event. After 20 years at one company, and a stellar career marked by increasing responsibility and achievement, that company was acquired. Much of the management team, made up of my long-time coworkers and friends, were dismissed. Seemingly overnight I went from feeling like a rock star to feeling like an outcast at the company I had helped build.

As part of the "old regime," I knew I would be scrutinized and marginalized, and that I would need to find a new opportunity outside the company. But the sudden change and uncertainty, coupled with the constant scrutiny, led to an overwhelming amount of stress. I remember working late one evening, after most had left the office, getting up to get some water, and feeling like an elephant was sitting on my chest. I couldn’t catch my breath, and swore I was having a heart attack. It turns out it was a panic attack…the first of several I’d get over the course of a year.

Eventually, I did leave that company, and took a new position. It should have been a smooth transition. I was joining a few former co-workers at an exciting company. But, left untreated my stress and anxiety began to spiral.

Having spent the previous year being questioned for every decision I made, or had made, for the first time in my life, I found myself unsteady, unsure and questioning my abilities. Constructive feedback and the occasional negative comment, which would have typically rolled off my back, instead cut life a knife…deep. I laid awake at night, with a million thoughts running through my head. On weekends, with everything at work running smoothly, I still found myself uneasy and unable to focus. Enjoyable tasks like working in the yard became stressful. I was distant and distracted. I was snapping at my wife and kids for no reason. I was surrounded by friends and family, but I felt alone and empty. My anxiety was turning into depression.

Finally, knowing something had to give, and with the urging of my wife, I sought help. And, with a low dose of an anti-anxiety med, the turnaround seemed miraculous. I was me again. I was still anxious at times, sure. But it was no longer out of control. It was manageable.

Now, three years into a job as CMO at a mental health and brain performance company, I have learned a tremendous amount about myself. I have a deeper understanding of how the human brain, and my brain specifically, functions. I understand my strengths and weaknesses. I know how to control my anxiety, and even channel it to my advantage.

That’s the interesting thing about mental health and conditions like anxiety. While they can bring us to our knees at times, they can also be the thing that drives us and shapes us for the better. Looking back, I realize that the same feeling of uneasiness that at times overwhelmed me, was, and is, the thing that often drives me. When others are content to sit on the couch and relax, I’m often driven to do something – to tackle a project in the yard, to write a song, to start a new business. It’s what makes me, well…me.

Looking around now, I realize it’s not just my immediate family that has inherited some of these struggles. Many of my aunts, uncles and cousins have struggled. My wife, unrelated by blood, suffers from anxiety and depression. Many of my friends do too. In fact, as I look at my extended network of family, friends and acquaintances, I would estimate that a majority of them are struggling with mental health issues to some extent or another.

So, as I move on with life, armed with the insight I’ve gained over the last three years, it’s very hard for me to look at others the same way. I have a new appreciation for what makes people who they are. I see the stress, anxiety, depression, etc. in others and I understand how it shapes them. I realize it’s not just something I have. It’s something we all have…to some degree or another. And it’s constantly changing for all of us, as life events unfold around us. The COVID pandemic crystalized that. No event in my lifetime has caused the entirety of humanity to experience such universal stress and anxiety. It has been a curse, for sure, with many having fallen ill or succumbed to the virus. But it’s also been a blessing. Because as we begin to emerge from the pandemic, we do so with a renewed sense of our shared humanity, borne out of our shared reality.

It’s with that in mind, that Total Brain, the company that gave me a rebirth three years ago, launches its first brand campaign to kick off Mental Health Awareness Month. We believe, I believe, that this moment in time presents a unique opportunity for us to break down the long-standing stigma surrounding mental health. I hope you’ll join me in that effort. Because #thisisnormal.